In order to honour the guest artists and to grant the public an insight into the natural and cultural landscape of Finland, a country celebrating its 100th anniversary since independence in 2017, the artists organized a series of events during the exhibition with a special focus on Finland. There was a concert and a video performance by Marko Lampisuo and the Finnish flautist and poet Johanna Kärkkäinen, two evenings with artist-led tours through the exhibition, two documentary films from and about Finland (Mittsommernachtstango and Garden Lovers), and last but not least, a lively reading event in German in collaboration with the university of Munich and a group of students showcasing Finnish literature on the subject of nature.

The project was kindly supported by: 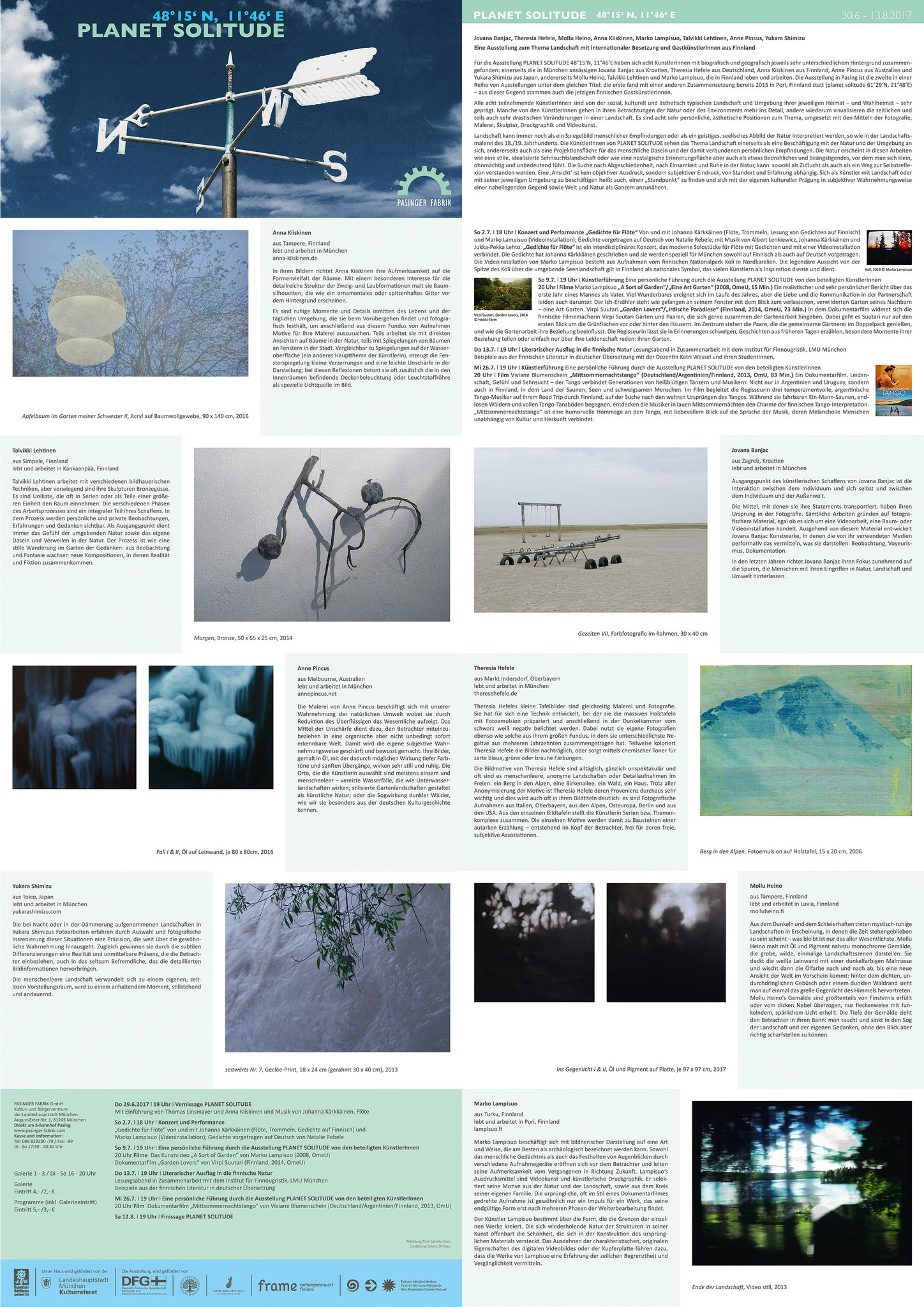